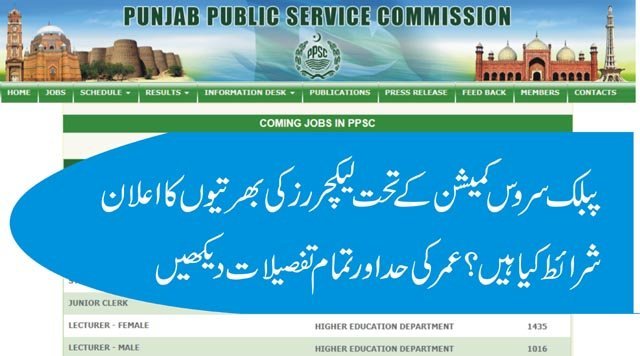 Punjab Higher Education Department announced 2451 Seats for Lecturer BPS-17 in Government Colleges of Punjab. 1435 Seats are for Females & 1016 Seats are for males. These Jobs are announced by Punjab Public Service Commission on their official website in Upcoming Jobs. Upcoming Jobs are likely to announced in couple of days. There lecturers jobs by Punjab Education Department are most wanted and most demanded jobs. The selection of Lecturers in Punjab Public Service Commission is very transparent & on merit basis. Read Parhaai.com ’s full page to get all information of PPSC Lecturer Jobs 2020. 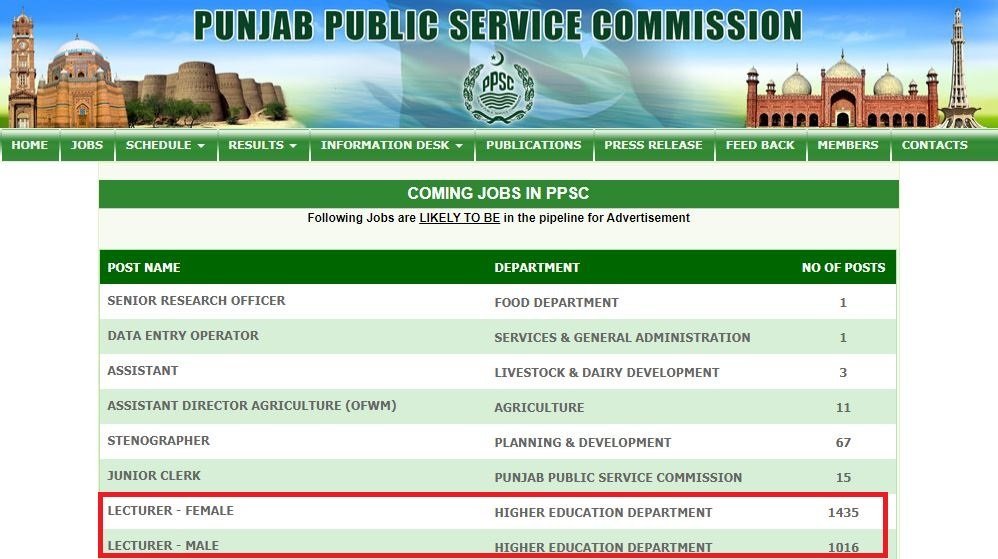 Note:- For English Subject Candidates 3rd Divsion is elgibile with Diploma in English from AIOU University.

a. One paper written test of   MCQ (multiple choice questions) type 100 marks of Master’s level 02 hours duration with the syllabus “comprehension of the subject” shall be  conducted to shortlist the candidates as per policy of PPSC.

A candidate applying for more than one subject must submit application in each subject separately.

The written tests will commence after one week from the closing date for receipt of applications.

These Jobs are going to announced in few days. Parhaai.com  Pakistan will provide latest advertisement as it announced.

You should start your subject preparation because PPSC will conduct Test soon after closing date. 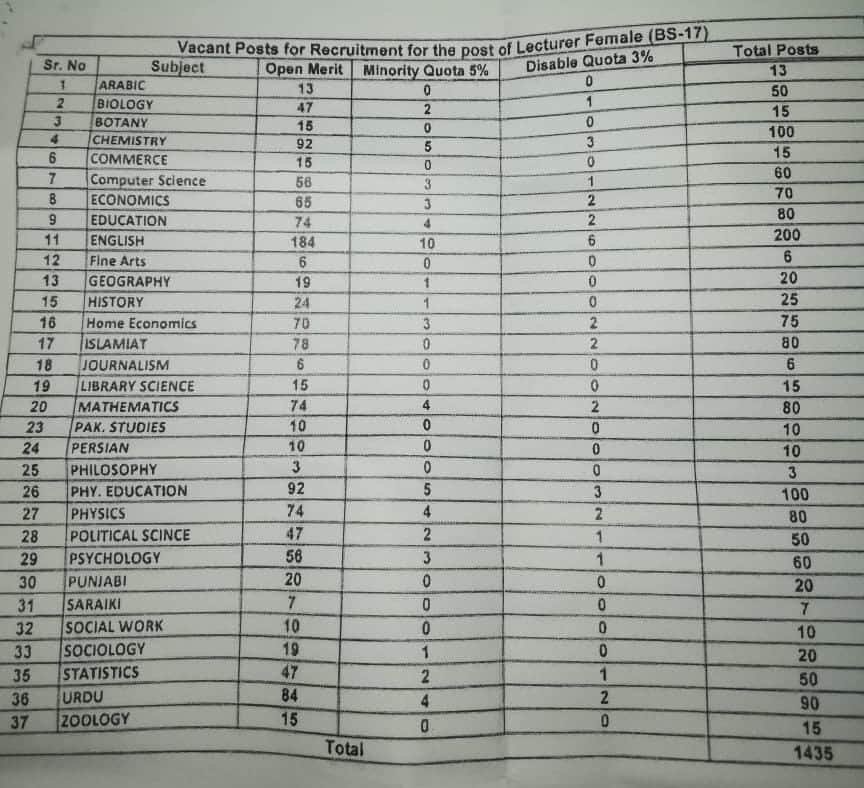 How many chance can a candidate avail for a post?

For all posts to be filled through written tests, followed by interview or interview alone, the number of chances are restricted to 03, in case the candidate who fails in written tests/interview thrice for a specific post(s).

Does PPSC accept equivalence of certificates/degrees issued by the HEC?

Approval of Hiring CTI for Government Colleges of Punjab

Ministry of Weather and Climate Jobs 2020 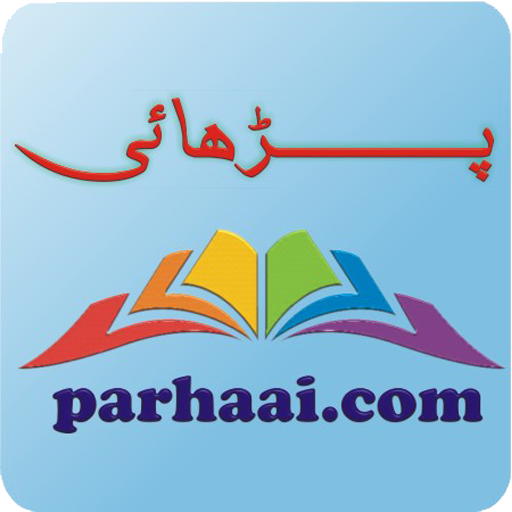 A Helping Hand of Students & Teacher
Contact us: parhaai@gmail.com